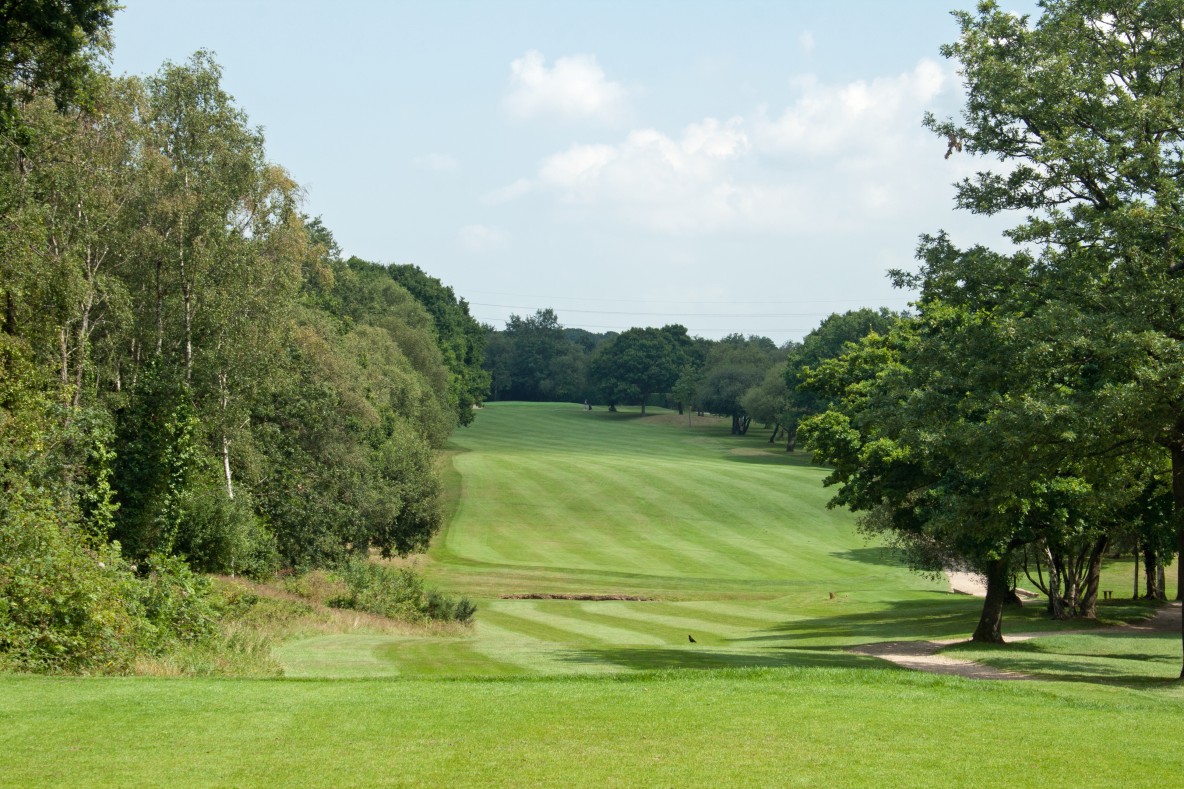 Since my last report a lot of the leaves have fallen and it has become pretty much a full time job. We have had the collector and tractor blower out as much as possible and have cleared a considerable amount already. Hand blowing areas is a daily task to try and clear the playing surfaces as best we can. Hopefully over the next couple of weeks we can clear most of the leaves lying around the course as a good percentage have already fallen.

Greens, Tees, Collars, Aprons and some Fairways have all been recently sprayed with a worm suppressant, iron, sea weed and a penetrant. This is for plant health and to stop the worms from casting on the surface as it can leave large areas very muddy. The penetrate is to get the suppressant down in to the soil profile where its most effective and it also allows for more standing water to be drawn away from the playing surface.

The greens have been micro tined with 8mm thick tines to a depth of 6 inches. This was done at a very slow speed to allow us to get as many holes in the greens as we could in one operation. Granular Calcium and Magnesium was then applied to the greens. This was done to improve plant health and build available nutrient supplies for the winter period.

Unfortunately we have had to start roping some areas off as the usual high traffic areas are starting to show signs of wear. We have brought enough new green rope to replace the old blue rope to try and make it look a little better. There will be some more turf reinforcement going down whenever we get the time which will help with ground conditions in these areas.

We have started resizing and cleaning the Tee mats but due to the leaves we haven’t got much spare time to allow us to get this done as quickly as we would like. The idea is to have a spare set of clean mats that can be rotated through the winter period.

All the work we did with the Verti-Quake on the fairways and tees seems to have done a great job. It has allowed the fairways, especially, to deal with large amounts of rainfall and has had a noticeable difference in the time taken for standing water to drain through.

The greens will get a Sarel roll (tiny spikes on a drum that rolls over the surface) in the next few days. This is done to open up the surface and allow for the movement of air. We have 2 packages one for plant health and the other is a bio stimulant which will encourage microbial activity (bugs that help the plant).

I would like to finish by congratulating Liam and Chaz for passing their chainsaw and small fell course, “a day early because they were so good”. This is another job that has been on the list for a while, when we are able we would like to go along every tree line and raise the canopy up to around 3m this will give better playability and allow for us to cut around the areas a lot easier.