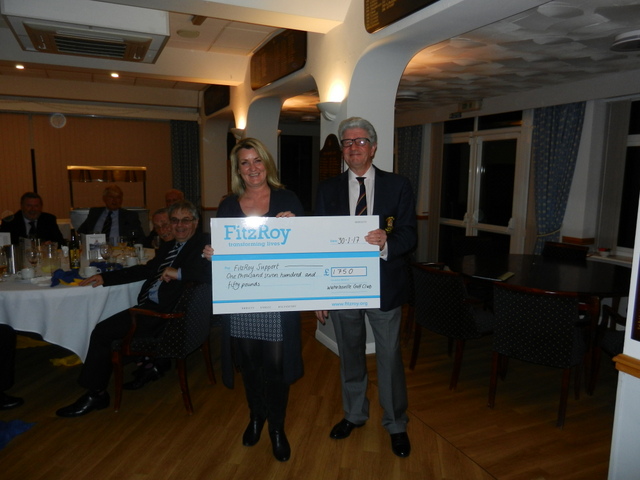 So, another golfing year is coming to a close. But what a year it has been. I can honestly say that I have thoroughly enjoyed my time as Seniors’ Captain. Yes, it can be hard work and can make demands on your time. But the pleasure associated with playing in all the matches and the new friendships generated with other Club Captains more than compensates. I know that many of our surrounding clubs operate a different system for selecting match players and most have been a little astounded at our way of doing things. Nevertheless, with the aid of a computer spread sheet, eleven new players and the willingness of so many to participate, both home and away, the job was not as onerous as you might think. I did an end of year check and found that apart from one or two instances, most players achieved a play ratio of between 58 and 62%!

The Seniors’ Open was, again, a great success. We had 106 players and had started a reserve list. We are very fortunate to have a great club, fantastic course, and a superb administrative system in place to ensure that many players come back year after year. I know that we already have around 30 signed up for 2017. Last year’s success was due to the sterling effort of my Vice Captain, John Marsh, and the willingness of so many helpers. A really great day to live in my memory for a very long time. Ray Applegate of Meon Valley was the overall winner and I was really pleased to host him and a table of friends at the November prize-giving.

The matches ended up with 20 wins, 12 losses and 6 draws. So in the Football Premiership we would have had 66 points! Not bad at all. We no longer have Winter League matches as the three regular clubs have withdrawn, mainly due to poor weather and the re-scheduling issues. We did, however, play a ‘last hurrah’ against Rowlands Castle with a massive 22 players a side. Played in fantastic spirit on a lovely autumn day, they have been persuaded to offer a Spring return match and, hopefully, a full repeat next year!

My Captain’s Day took place in September. Luckily the weather was fine and there was a good number of participants. The evening dinner was, again, well attended and Lynne and I thought it was very successful. The raffle takings, hat sales and auction raised a huge amount to add to the year’s total for my charity, FitzRoy. All in all, a terrific sum of £1750 for the year. This sum was passed to Robyn Wedderburn of FitzRoy at the Seniors’ Annual Dinner in late January. As a late stand-in for the original recipient who fell ill at the last moment, Robyn gave a great response to receipt of the cheque.

Sandwiched between the last two events, above, was John Oliver’s Seniors’ Presidents Dinner. Again, well attended and a wholly successful evening. Thanks to John for allowing me a final raffle to add to the overall total.

So, there you have it. A year gone and a new regime in place shortly. I hope that John and Keith enjoy the next year. I know that they will make a formidable team. I can only say that the help and advice received over the last few months, the input from and the willingness of so many to step in, the Seniors’ Section at Waterlooville is first class. Coupled with the Office, Kitchen, Bar and Green-keeping staff, all of whom do a fantastic job, we have a golf club of which we can be hugely proud. And to have been Seniors’ Captain last year was, for me, a huge honour. Thanks to all of those who have contributed.