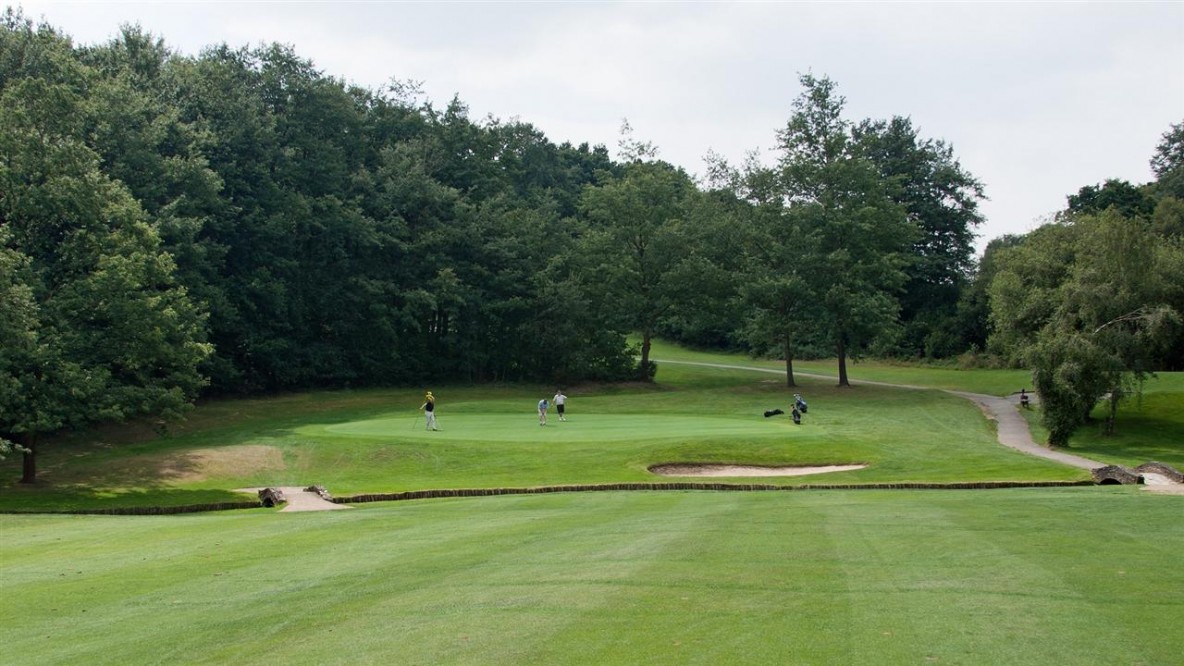 I’d like to start by start by wishing Bob good, who was my Deputy and in charge for 10 years before I started, good luck in his new job as Head Greenkeeper of Swanmore Golf Club. The Deputy Course Manager Job has been filled by Dan Hurry who has shown great enthusiasm and drive since I arrived and proved he has the ability to take on this role. I have also promoted Liam Smith to first assistant as he too has shown great enthusiasm and willingness to learn. I have also employed a qualified, young Greenkeeper Chaz Whiting who has come from Wickham Park and been Greenkeeping for 5 years. He started on the 3rd of this month and has already settled in well.

Since the last Greens Report we have managed to input another 20T of sand and solid tined the greens. That is 60T in just over a month which will greatly help with the overall health and playability of our greens throughout the year. Along with our regular micro tinning and top dressing through the playing season and deep tinning through the winter we have added another tool to our annual aeration programme and that is the Air 2G2. The Air 2G2 immediately relieves compaction, aides in surface water drainage by creating larger pore space in the soil subsurface the increase in air space within the soil means there’s more room for roots to grow. It does this by injecting 12 inch probes into the soil and distributes two blasts of air; this means compressed air is injected 18-24” horizontally throughout the soil. We hired the machine for two days and managed to get all the greens and tees done and plan to do it again before the winter starts and continue doing this twice a year as part of our aeration program. We will see a benefit now on our greens but the difference in the playability of the greens will be more notable in the winter months.

Last week we fertilized the greens to try and kick them on as we knew the warm weather was coming which meant we used the irrigation for the first time which is now up and running. We have also sprayed the greens with a wetting agent, this helps promote a dry surface by retaining moisture away from the surface for the roots to access when needed.

All the Tees will be back on at the time of reading, again I appreciate that it has been frustrating not playing from the par 3’s sooner but the weather has been very cold meaning soil temperatures have been low and germination rate slow meaning repairs would of taken too long to recover. The 15th tee is recovering well and again has taken a little longer than expected due to over a week of frosts. The white tee markers are placed on the grass behind the matt and will remain there until the Main tee is ready and will eventually be incorporated in to the main tee.

The areas around 7, 11 and 13 that we over seeded and fertilised are starting to show signs of recovery and shouldn’t be too long before they fill in. The new rough cut is working well and has reduced the time it takes to cut the rough freeing up more time to spend on other things. The greens are now down to 4mm and will be reduced down to 3.5mm in the coming weeks.

We will also be spraying round the trees and other areas to maintain the aesthetics of the course. Another job on the list is the spraying of the weeds around the whole course. This hasn’t been done because the optimum time to kill weeds is when the plant is growing. Lastly we have another micro tinning and 20T of sand scheduled to go down on the greens this month. We will roll the greens behind and make sure this is done in a day to minimise the effect on play.