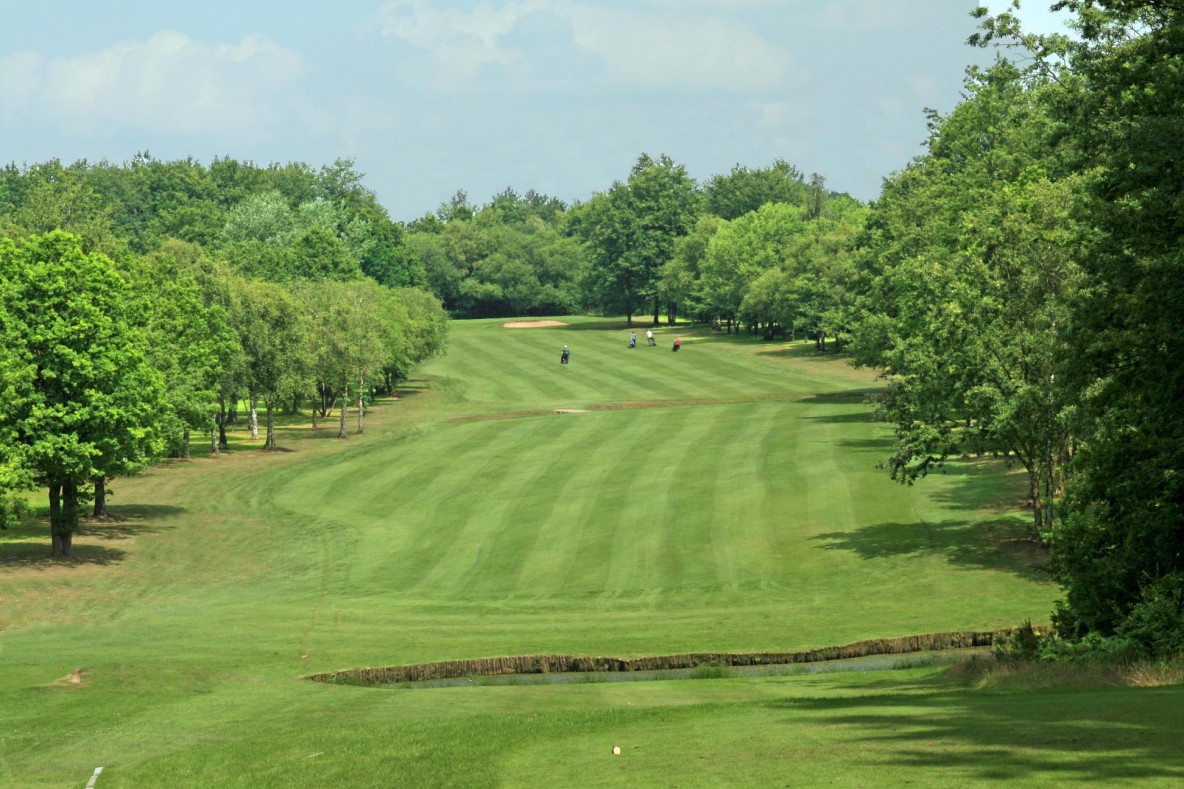 Since my last report we have spiked the greens again at the closest pattern possible to allow oxygen into the soil. After this we sprayed a soil penetrant and seaweed to help pull the water through the surface and aid recovery from some of the frost damage that we sustained on some of our greens. Over the last few weeks you may have noticed a large amount of tiny holes in the greens, this was done by sarel rollers. Sarel rollers are 100’s of tiny spikes on a roller which are a great tool for getting oxygen into the top 20mm of the playing surface which is essential for keeping the plant healthy. They also allow water and nutrients to penetrate through the playing surface quicker. All the tees have been spiked with 20mm tines to maximum depth and the collars and aprons will be done when the conditions allow.

A couple of weeks ago we managed to get the fairway, tees, collars and aprons cut for the first time this year which tidied the course up and will be done again when the conditions allow. The tree work has finished for this winter but we plan to start again at the end of this year. We would like to get the rest of the canopy raised around the course done as this will make the job in the years to come a lot quicker and manageable.

The last area that we cleared was the area between the 9th and 16th greens, this was done for aesthetic reasons but also to speed up play. We raised the canopy, cleared all the leaves, cleared brambles and most importantly we pulled all the roots out to allow us to cut it as part of the rough like everywhere else. The idea is to leave it as it is for the time being and assess later in the year as to whether we over seed the area or not, but this will have to be done when the temperature warms up a bit.

As most of you have already seen we have started the path on the 9th tee. It has started well and we are pleased with how it is going so far, considering none of us has ever done anything on this scale, I’m very confident that once finished we will have a nice looking path with a very smooth finish. Although there is an original base it wasn’t in the best of conditions so it will take a little longer for us to complete it but weather permitting should be finished and ready for the path dressing by the end of next week. The only issue with the path dressing is the soil conditions which need to be fairly dry to run 60Tonne plus of aggregate needed to finish the path.

In the coming weeks I will be interviewing for a new member of staff. We are very keen to get an enthusiastic person on an apprenticeship scheme that we can train in to a fully qualified greenkeeper. This will be a great help going forward and allow us to keep the progress going and building on last year success. I would also like to say a big thank you to all the volunteers we have had over the winter months, this is a massive help to our team as it allows for certain things to get done that we might not get time to do or just extra work that improves the club for everyone. I’d also like to thank everyone in advance as I have a lot more things for everyone to do around the course!!

The next big thing on the list is the green and tees maintenance which we will be starting on the 28th of March. We plan to scarify the wetter greens and hollow core all of them. The wetter greens have slightly more of a thatch layer and this is the reason why we are going to put in extra work to bring them in line with the rest of the greens. We will then put in some granular nutrients to bring up the base saturation rates and raise the PH which will help to keep the plant strong and healthy. This is done straight after hollow coring to allow us the best chance of integrating the nutrients in to the soil profile. We aim to use between 30-40Tonne of top dressing followed by the last deep tine of the season. They will also get an organic feed which is slow release and will last over a period of weeks. The tees, collars and aprons will be scarified, solid tined, top dressed, overseeded and fertilised. The last part of the spring maintenance will be the Air 2G2, this is something we used last year to great effect. It blasts air into the soil profile at 7 and 12 inches to break up compaction and create a friable profile where roots can grow freely.