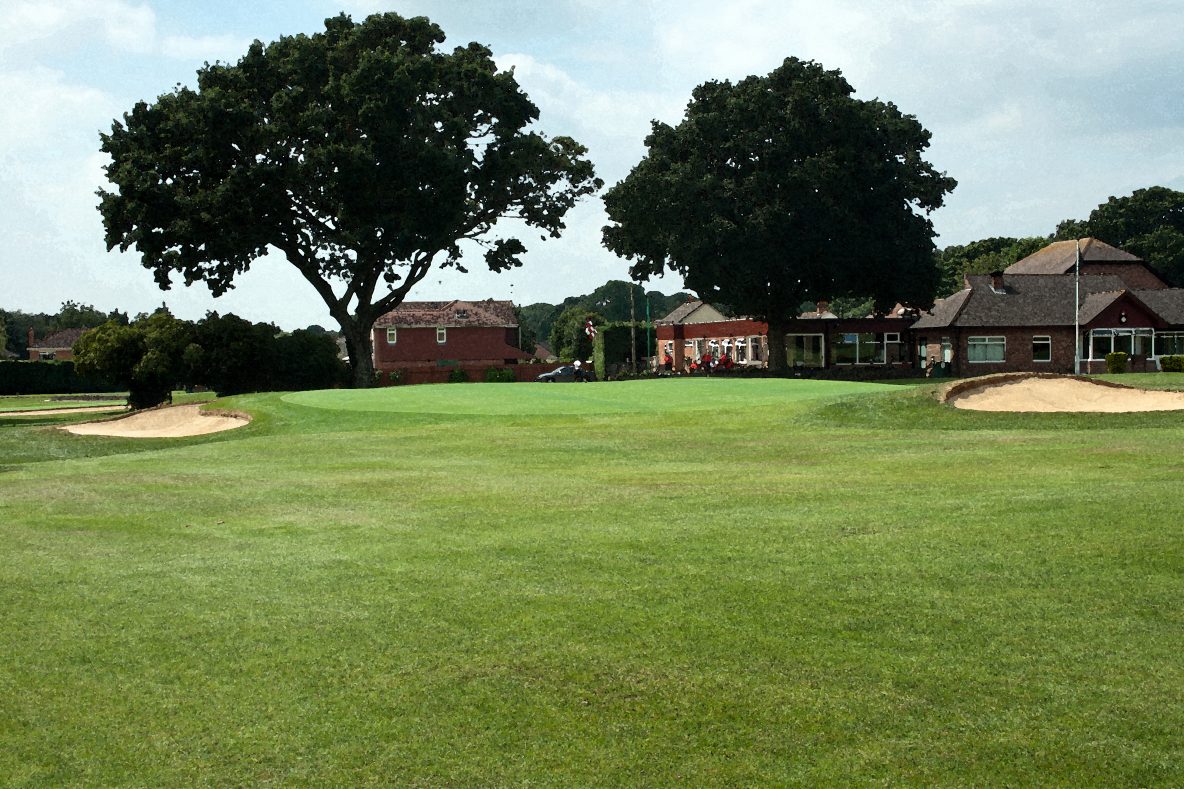 Well, what a difference 12 months make. This time last year the course was closed for a lot of January and February, as were most other clubs. Now we find ourselves with an almost complete opposite and it is fantastic to see so many members out playing golf at this time of year.

Since the last newsletter, the English Women’s County Finals has been and gone. Those involved witnessed a truly magnificent event and I would like to thank all the members and staff that came together and work tirelessly to make it happen. We received some tremendous feedback from players and visitors alike and it is true testament to the spirit of the club.

On Thursday 22nd December the club ran a night golf event. I was uncertain what to expect but it was met with great enthusiasm. Some 49 members played that evening and the feedback was tremendous. I assure you we will be running another one in the future and we plan to purchase our own equipment in order to reduce the entry costs for future events. I would like to thank Dale Wilson for his support in co-ordinating the event, and I suppose it was only fitting that it was his team that won that night!

The club has renewed its agreement with Greene King to supply the beers and wines. As part of this agreement it was agreed to review the products on offer.

For those that have been eagerly anticipating the arrival of Birra Moretti, I am delighted to inform you it is now here and I have already seen some of you enjoying it. Birra Moretti is considered a world premium lager, similar to Peroni and other such brands.

In addition, we have introduced a rotational craft beer line. So far we have tried two different craft beers, Yardbird and Espresso Stout. Yardbird, especially, has been met very well. It is an American style IPA, with a grassy, hoppy flavour and a slight citrus bitterness. It is very easy drinking, and not a bad choice for someone who often drinks lager but feels like trying a craft style ale. To those that have transitioned to Yardbird, I am sure you will be pleased to know that we intend to keep it on the bar for the long term.

We are also working with Greene King to review our current wines and we will be introducing one off special wines at some a la carte evenings that fit well with the menus.

The introduction of these new products is to offer you, the members, a better quality of product that I hope will only enhance your experience every time you visit the club.

I would like to pass on my thanks to a few members who have contributed something, or their time, to the club in recent weeks.

A big thank you to member Mike Petty for donating the replacement manual shoe cleaner positioned between the 1st tee and 9th green.

My thanks also to Eric Low for donating a second bell to go on the 9th after the first one vanished.

Thank you as well to Colin Ashman who has given behind the snug bar a new lease of life with some redecoration.

Alan Perry, has taken on the unenviable task of restoring the tables in the bar. He has already tackled a few and they look superb. Thank you Alan!

Finally, a huge thank you to Harry Robertson, Bill Nixon and Malcolm Reed who have given up their time and kindly clear and tidy up the 7th pond. They devoted a vast amount of time to this project and I know Harry is coming with ways to improve it further!

It is the support from members like this and the hard work of the staff that helped 2016 to be such a successful year, and we hope for more of the same in 2017.

I am sure many of you will be present at the AGM to hear the financial report, but we are currently going through the process of year end and having the accounts audited. The early signs are good for the club.

In 2016 we had some 136 new members join the club, which I believe is one of the highest numbers in recent years. To compliment that, only 38 members left the club versus 83 in 2015. So the club has seen a headcount growth of nearly 100 members in the last 12 months.

In addition we have seen a growth of around 20% in visitor green fees and similar growth in bar and catering income. Naturally costs have gone up in some areas and with increased usage of the club comes the need for increased staffing levels to ensure the service does not drop off. But overall the club has seen an improvement in 2016 versus 2015.

Looking forwards, as some of you may be aware, the club has been looking to invest in a small fleet of its own electric buggies.

From the 1st April, the club will be acquiring 4 electric buggies on a rental basis. Should buggies become increasingly popular then we have the flexibility to increase our fleet or purchase them on a longer term basis.

The buggies will be charged at £20 per member and £25 per non-member. In addition, for frequent users, there will be a one off fee of £400 for the season for unlimited use. Please note that buggies will need to be booked in advance through the pro-shop and we cannot guarantee a buggy will be available if it is not pre-booked.

Also, as of 1st April, I am delighted to announce we will be introducing another reciprocal arrangement. This time with Blacknest Golf and Country Club. Located near Alton, the course offers a relatively short yet challenging game of golf and, having been there many times myself before, a welcoming experience.

This now gives us 15 reciprocal clubs, plus half price golf at Fairmont St Andrews. The focus moving forwards will now be to ensure the reciprocal agreements we have in place offer our members a good experience, so any feedback you have from your visits to these clubs I would love to hear about it.

I sincerely hope that 2017 builds upon the success of 2016. We will of course face the same year-on-year challenges but with the support of the members and staff I am confident we can continue to move the club forwards.